Holly Allen and Jackson Michie dated for nearly a year after meeting on season 21 of Big Brother. Now Michie is going public with another relationship and Allen has a word of advice for the new woman in his life: “Run.”

Allen and Michie announced their breakup in June 2020 and were initially cordial about the split. Allen explained on a podcast that they simply had different priorities in life, and Michie said in November that “poor communication” was to blame for the relationship ending.

But with Michie appearing to be in the beginning stages of a relationship with Cheer star Morgan Simianer, Allen is airing some dirty laundry.

“If somebody warned me to stay away, would I have listened? idk,” Allen wrote on her Instagram story when asked about Michie’s new relationship. “I shall pray for her, as I have prayed for the many many other girls these past few months.

Another user asked Allen to name “the main reason he’s such a [clown emoji]” and she replied, “This is a Q&A. Not a movie trilogy. Not enough time.” Finally, when she was asked if she’d give him another chance, Allen wrote “Ran out of chances at # 524319.”

Simianer was a fan favorite on Netflix’s six-part docuseries Cheer, which premiered in January 2020 and followed the cheer team of Navarro College in Corsicana, Texas. The series was a breakout hit, and earned critical acclaim along with three Primetime Emmys.

Less than two weeks after the show hit Netflix, Simianer was on The Ellen Show to surprise Kendall Jenner, who said she was a huge fan of the show.

Rumors of a romance between Simianer and Michie started when they pair began making flirty TikTok videos together in December. On New Year’s Eve, Simianer posted a photo of herself with Michie and her Cheer co-star, Justin Hinsley. 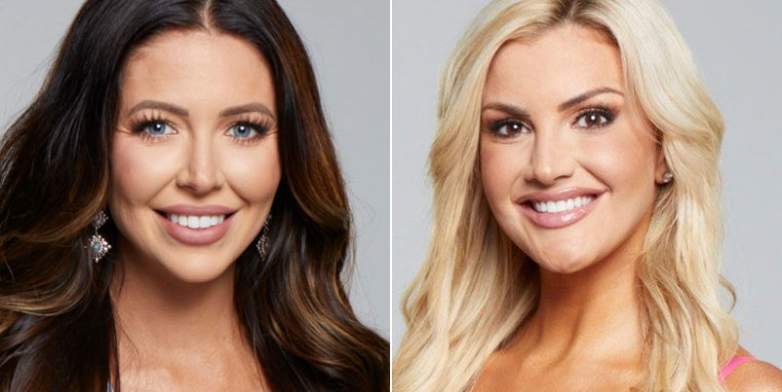 Dunn competed with Michie and Allen on season 21 of Big Brother and was once friends with the couple. But the friendship between Dunn and Allen deteriorated and devolved into a lengthy feud.

When a screenshot of Allen’s post about Michie was put on Reddit, Dunn ripped her in the comments.

She then linked to a video from 2019 that showed Dunn telling Allen in the Big Brother house that Michie is “degrading to women” and “f****** aggressive.” Allen responded at the time by getting frustrated with Dunn and telling her “don’t f****** speak out of line.”

Michie won the show’s $500,000 prize, but received backlash for comments made on the show that were perceived as racist and sexist.

READ NEXT: ‘Big Brother’s’ Julie Chen On When She’ll Be Done Hosting

To help get the word get out, please consider sharing this link with your friends and on your social media!

Kindly use the social media icon below

Copyright © 2021 | Theme Design by The Arts of Entertainment